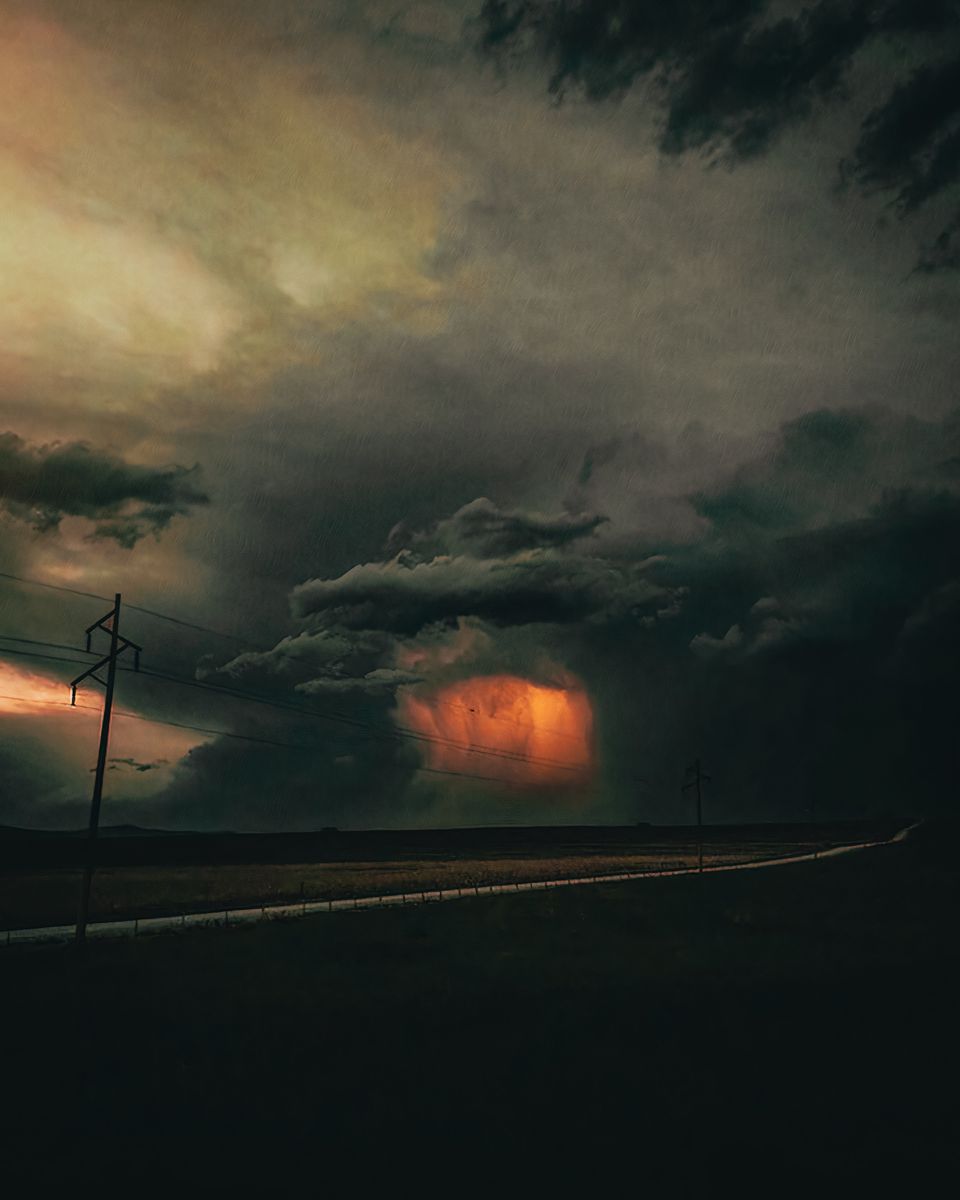 I'm generally not one to write about personal matters, to myself--or publicly. However, recently I've found that writing helps me distil my thoughts. What were disperate ideas become coherent thoughts. What was unclear can become cogent. So, I'm going to attempt on one conscious existence. I lack the proper framing for this right now, no other words seem appropriate. Anyways here's an attempt.

I know nothing about the inner life of others. How could I? I'm not them. Were ignorance reigns with respect to my knowledge of others, awareness exists with regards to myself.

Storms are created when differences in air pressure create a vortex. The cloud movement we see on the outside, is the visible expression of movement; as high pressure air moves into a low pressure centre. The energy of this movement creates winds. The greater the force of movement, the stronger the wind.

My inner life generally feels (to me) like a storm. The inner-most being is generally calm, quiet, happy to be to itself. I find that taking solo walks in nature or in bustling city environments tends to be highly satisfying. Like the eye of the storm, this represents a very low pressure center within.

Interacting with other people involves a measure of acceptance that their energy will interact with yours (or in this case, mine). We aren't independent of each other, and the thoughts that others have, and sometimes also their emotional being--they have an effect on us. Where these are aligned, the forces are not opposed to each other; consequently two low pressure zones will not a storm make. Where these are in conflict, resistance will exist and a storm is inevitable. The question is whether the storm is a breeze, a small wind, a tornado, or a great hurricane.

The thing about storms is that whilst they can be very destructive, they are neither good nor bad. They are systems that exist because natural laws make it so. Similarly, the responses we have when we face resistance are the outcome of our evolution. They are neither good nor bad; however they can be destructive or creative. We live within communities and so we ascribe high moral value to creative outcomes; we call these good. We call destructive outcomes bad because they tend to create disequilibrium in our societies; specifically they endanger the ability for social groups to cohere. Because unity is seen as a means of securing survival; we call things that jeopardise it--bad. At a macro level, it's just nature playing out. We don't ascribe moral value to two lions fighting because we aren't part of their society. We ascribe moral value to two humans fighting because we live in human society. As such, high pressure situations which create potentially destructive outcomes are socially undesirable and likely to yield more resistance and an even larger storm. An event to neutralize these forces usually has to be introduced. Part of what makes us conscious beings is our ability to self-regulate and therefore master the storm as opposed to being subject to it.

For me, mastery of the storm involves leaning into the eye of the storm. Being around people that add to me without causing disturbance is one way of achieving this; but this is a low effort action. It's easy to be around people one generally agrees with. The harder discipline is accepting what would otherwise be energy I would typically oppose. Being around people one does not agree with. Instead of resisting such forces--I require myself to hear them out, to listen, to accept. I may remain opposed to this force; I may even fight it. However, I find that it matters how you oppose these contrary forces. If I can understand them, argue their position to them with mastery and truly understand them--then even if I am opposed to them, they are unlikely to become belligerent. The same is true of emotional energy (and this is harder for me). Understanding why or how others feel the way they do, especially when their feelings are fundamentally in contradiction to yours (or in this case, mine) is a great way to neutralize conflict. You may disagree at the fundament, but to the extent that the opposing party feels that their emotional wellbeing has been affirmed--conflict will be neutralized.

What is perhaps the hardest thing to master is the reconciliation of conflicted thoughts or emotions. A person at war with themselves is hard to put to peace because no one can act as a mediator when the fight is within. The person must bring their-self to peace. The hidden storms within require the self to ascend to a place where it has mastery over itself and can rule over these forces; to regulate them. One must learn to manage their thoughts, to manage their emotions, to identify wrong thinking and prevent it from festering, to identify wrong feeling and prevent it from festering. To nurture thoughts and feelings that build equanimity. If the real me is at the eye of the storm, then I need to internally learn how to turn high pressure energy into low pressure energy. A breeze will be acceptable, a strong wind even...but a storm I will not be.

If storms are neither good nor bad, why should it matter? Well, it matters because I live in community with others. While I am happy to master of my own path, slave to no one--I must accept that being discordant isn't useful to those in my community. I will one day die, but the community must live on; for it to cohere, that requires that I primarily contribute creative energy. It also requires that I learn to turn destructive energy from conflict and resistance to others into creative energy; turning disagreement into cooperation. Disagreement is not morally bad, it must be used as an opportunity to further ideas, to improve myself, and the community; learning to turn high pressure energy into low pressure energy allows for that. I accept that I do not often live up to this ideal, however it's the ideal I've rationalized for myself.

It's entirely possible that I'm talking rubbish. I accept that possibility.