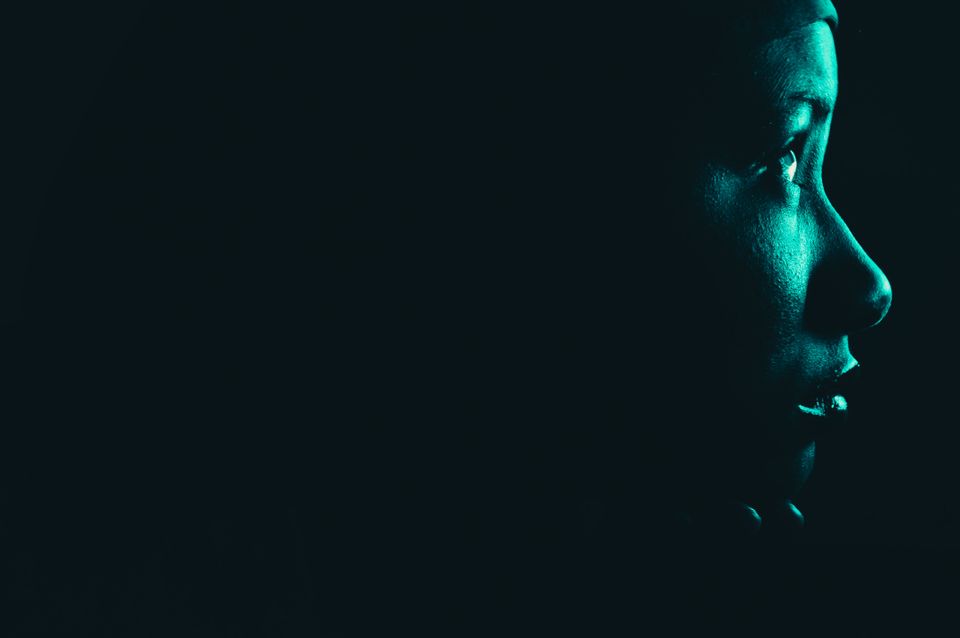 In the Torah, in the Exodus Scroll; Moses recounts his encounter with his ancestral deity. In his recounting of the events, whilst grazing his father-in-law's herd of livestock in the mountains of Ancient Midian (Sinai/North Western Saudi Arabia)....He finds an acacia thorn tree blazing but not being consumed by the fire. The curious former prince of Egypt draws closer to investigate this unusual phenomenon. As he walks towards the bush--a voice emerges from the flames; and a story that has shaped the beliefs of billions takes shape.

I find Moses' encounter interesting because when he asked his deity what his name is; the response was a curious one. In the Hebrew אֶהְיֶה אֲשֶׁר אֶהְיֶה‎ transliterates to ’ehye ’ăšer ’ehye or in English: I will be what I will be. "Ehyeh" (to be) is the first person  of "hayah" which in Hebrew also means "I am." The phrase "to be" also lacks a present tense. It's almost like it's in suspended tense--"always being". Speaking to that "suspended nature" Jesus later (cleverly) used this word play to express his ideas on divinity (John 8:58b)  “Truly, truly, I say to you, before Abraham was, I am." Note the lack of a present tense (not "was" "am").

So Moses' deity's name could be translated as such:

1) I will be what I will be (I am Sovereign; I create/define myself--always)

The Hebrew scriptures are full of word play, and often use the nuance of language to express complex ideas. The key thrust of the meaning here is that in contrast to the tribal/ethnic deities that Moses was accustomed to e.g. god of Death or god of fertility; this deity was totally transcendent and could not be reduced to a specific functional area (fertility, death, war, storms, etc). This deity was transcendent over time, over nature, identity, and people. The choice of visual motif in the story is also telling; a self-sustaining flame that didn't consume the tree in which it was burning. The flame seems to have represented the notion that this deity is totally self sustaining, self-referencing, and not in need of anything or anyone else. In addition to the 5 potential meanings listed above, his choice of phrasing (I am what I am) could also be an attempt to express total self awareness. My read is that Moses would have understood this encounter as one between himself and an indomitable consciousness.

Whats the point of all this theological exegesis? I'm interested in exploring sentience. I think the Exodus story a great place to start because its one of the most interesting ways to describe consciousness. To be sentient is to be self-aware, it is to intentionally exercise one's will. In contrast to being driven by instinct or impulse. The sentient/conscious are fully aware of who they are, what they want, and why they want it. They are not thoughtless. Their thoughts are cogent, coherent, not discordant. They are clear in their reason for being. Perhaps I'm inferring to much from Moses' encounter with his tribal deity. However, it seems curious to me the deity wouldn't simply stop at referring to himself as "the god of your ancestors" and then give a name. Rather, Moses makes a point of expressing the complex answer he was given in reference to the name. The deity starts by defining what he is (the totally transcendent and creative/destructive entity), and then applies that definition of his nature to a name "Yhwh" (which translates to "I am"). That doesn't seem thoughtless. It seems intentional. He describes his essence, and then uses that to define what he is. In this sense, his name is more like his species class. This wouldn't be unusual within the context of the Torah.

In the book of Genesis, Moses (again) gives a recounting of the creation myth according to his deity's recounting of the events. In that rendering of cosmic history, the deity made a human from the dust of the earth. His moulded the equivalent of a statue of himself from the dust of the earth. He then used his transcendent cosmic essence to animate this statue. The equivalent of a cosmically 3d printed version of himself complete with inanimate organs, cells, etc--suddenly became animated; alive. To do this, the deity breathed his essence into the avatar he had made to be his offspring. Moses then says that as a consequence, not only was the dusty image animated--it was a living soul. The Hebrew word used is נֶ֫פֶשׁ‎ or nephesh; a living soul/spirit; which is how the deity describes himself earlier in the creation myth. The image was now like its maker, and could be his sovereign representative in the physical realm he had made. The image was given a name, which roughly represented a species class; Adam (from Adamah; meaning "from the earth"). This creature from the earth was made to be like it's creator ("made in the image of god" as Moses says). So whereas Adam's name was a species identifier; Moses' god's name was also a species identifier for a species with one member. I think there's a connection between the sentience expressed by the deity in Exodus, and the recounting of that deity's animation of his image.

The description of humanity as being made in the image of the deity, speaks to the nature of its essence. Whereas the deity is fully self-referencing, humanity (in Moses' view) has the transcendent deity for reference. Humanity shares in the essence of the transcendence. The human mind seeks to exert its will on its environment much the way Moses' tribal deity sought to exert its will on the eternal void. Humanity seeks to create, to express itself. Humanity seeks to be sovereign, and not enslaved. Humanity seeks beauty. As Moses says "the deity looked and saw that his creation was good." So to humanity seeks out beauty. In this sense perhaps what Moses was saying is that to be sentient, to have human consciousness is to be boundless. Further, it is to achieve such mastery of self that which could potentially be destructive (like fire) is rendered harmless (doesn't burn the tree). Perhaps the point was that the opposite of sentience is a fire that consumes the tree; where the voice heard is the crackling of wood as it burns. Whereas sentience is this inexplicable miracle that wills potentially harmful impulses and passions away. Allowing passion to exist in ways that don't harm the tree (our bodies?).

I wonder whether these two moments in Moses' saga were in part a means for Moses to communicate the nature of humanity's own unique identity relative to other creatures on the planet. Other creatures are happy to subsist, to exist as they always have. In contrast the defining quality of the human experience is its all consuming desire to create, and to forever seek new definitions for its existence; and most importantly to self-controlled and methodical in its pursuits. In the Genesis creation myth, the deity spent an eternity in void doing nothing. He then engages in a methodical creative sprint, the apex of which is the creation of a living images of himself. To the extent that these motifs speak to the essence of human sentience. It would imply that human sentience is at its essence the opposite of chaos; it is self controlled; can exercise patience, is methodical, and pursues to create things that previously didn't exist. Whilst it posses the ability to be destructive, it prefers to be creative. In this sense a person that fully self-aware better reflects the transcendent nature that exists within and makes us different to other earth creatures. Thought over impulse. Will over passion. Feeling--but with intent. Order over chaos.

I'm still musing on this. May update these reflections later.