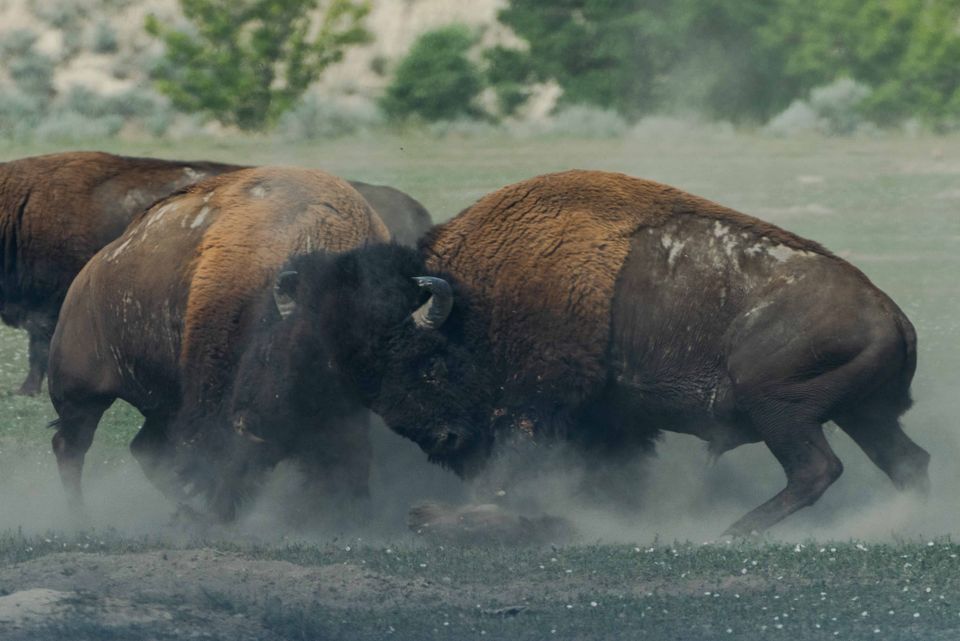 We often think about peace as an idyllic state of being where there is tranquility, and there is an absence of conflict. The problem with this view of peace is that it runs counter to reality.

Peace, both political and individual is the outcome of a disciplined effort to restrain actors or forces that seek to either create disorder--or limit one's freedom. What we think of as chaos isn't necessarily a bad thing, its natures way of sustaining itself--biological actors compete for the right to exist, to pass down their genes and to dominate specific spatial zones. The competition for territory among animals is their way of enabling only the healthiest genes to pass from one generation to the next--safeguarding the continued existence of their species. The violence that animals may engage in within the context of this competition is neither good nor bad. However, within the context of human life--we see such competitions among ourselves through a moral lens. Conflict takes on a moral character; there are good guys, and there are bad guys. Nature doesn't care. We do.

That last point, that we care--that is at the heart of the human desire for peace. Humanity's super power is its ability to collaborate and coordinate actions in ways that allow the whole (all of us) to be greater than the sum of our parts (social synergy). Successful societies are very good at positive sum games that allow the whole to be greater than the sum of each individual member. That extra value we create through collaboration and coordination is what has propelled our species forward. In this system, talent focused inclusion is prioritised--running counter to the simplistic reproduction first model nature gave all species; compete to demonstrate who is most virile/fertile.

We turned the zero sum game that nature has individual species play for survival into a positive sum game that our species has played for dominance. This isn't to say we haven't engaged in zero and even negative sum games; we often have. These almost always involve war; and often times involve a belligerent actor that isn't interested in common prosperity (e.g. mutually beneficial trade). Instead of pursuing a win-win trade, one actor seeks to take all. In the moral context society calls belligerent actors and those who seek zero or negative sum outcomes "bad" and those who seek positive sum outcomes "good." This framing is an engineered one; it's only semi-natural to us to the extent that our species prioritises collaboration and coordination.

In any case, I've digressed. Peace is a state of conflict whereby the agents of negative sum or zero sum outcomes are restrained. Those who seek the benefit of social synergy build systems and institutions who's ultimate purpose is to restrain bad actors and to enable good actors to thrive. We call this system "civilisation." The more civilised a society, the better it is at harnessing social synergy and progressing its members forward; leading to outcomes like longer lives, fewer sick people, more healthy people, greater density of knowledge, etc. The less civilised a society is, the higher the death rates, the shorter the lives of its people, the lower the density of knowledge, etc.

Even among societies that do not get along with each other, and may not even be pursuing any form of engagement--be it negative, zero or positive sum. Peace is the disciplined choice to not engage in actions that would prove harmful to either party. What is true for societies is true for the individual. Inner-peace is the outcome of a person employing discipline to restrain the forces of disorder within; and employing said discipline to sustain thoughts, feelings and actions that allow personal growth to flourish. What is true within, is true externally too; through discipline a person navigates situations that would spark violence; be it verbal or physical. Through discipline a person learns to how to diffuse potentially explosive situations. All of this requires that they maintain a state of vigilance, constantly restraining forces that would otherwise cause disorder to be triumphant. In this sense, peace is like a never ending war where the good guys constantly keep the bad guys at bay--both internally and externally. I delved into this at length in "the eye of the storm."